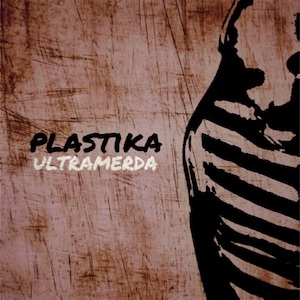 It will hit a blow for this fucking world. And it hits. To the head of the most silly person. But still not noticed. A demonstration march passing by. Stand in the middle of the crossroads, across the mountains, across the valleys. Speaking of the tough thing, everything is already over. Hold a loudspeaker. Engrave on the stone slab. It runs like a leopard. Follow the migratory birds. Dining table is so small and invisible. Striped knife and fork. Speaking of the tough thing, it has only a fat taste. Jump out until you are knocked out. Jump into the puddle. The sewing machine take shelter from raining. Ominous bell sound. Dancing kids. Hiding your voice and laughing. The tobacco fire goes out. The groan of a dead dog. In the morning on your departure, you do a handstand and eat eggs. Fight again after dying. The melting smell of pencils. Laugh without watching TV. Slippers with stains. Toast with bread. Please spread more. Until tears come out. Light out and down the mountain. The sound is full. Reflux blood. I can only hear the sound. Who is laughing. Walk along the edge of a wide road. Torches are heavy. Stay asleep in the hole.

Is it a punk. Not such a child's toy. Is it just rock. But it must already be dead in ancient days, by not being free. Don't pretend to be unleashed. It has not reached anywhere. Did you just dream. The laughter is over. Tell me the truth. No pain. There is only existence. There is no end. Are you still punk. Are you still rock. If it is so, bring it here right now. This is over and that is over. Only the fake responds to the call. Fake words. Fake music. Fake human. Just melt like butter. The experiment failed. Where did that straw hat go. It will never be found again.

Have you enjoyed this Ultramerda album. Its title reminds me that the platinum card that Donald Trump casually offered to pay was an inspiration for Jaydee to make a massive night club hit tune Plastic Dreams. Plastic is one of the most stupid inventions humans have achieved on earth. It's a shit that made by earth. And now this earth is covered in that shit. It's full of shit from the bottom of the sea to the top of the mountain and also into outer space. I can't breathe anymore. Listening to this album is like experiencing a living in such a modern society. Even if you wake up from a nightmare, you are still in another nightmare. A dream of plastic, a platinum card of playing trump cards pours down, and the untouched nature is exchanged for money that cannot be touched. This is a big business. Nobody can make a lot of money. Tampering. Perjury. Turn it over. Fill it with big black. The most ugly thing is those eyes that see only ugly things. Don't wake up from your dreams. Laugh. Clap your hands. The enemy is in you.

Some one may find this too ridiculous. But this is music. It's a pleased sound. It depends on your luck to enjoy it. Be deceived by the melody that is pleasant and friendly. Does the dynamism become a beat, or does the beat create a dynamism. If the original world was in silent, every sound is noise. Just as everything is violent, noise is hidden behind the blandest of everyday things. Can you see the true form of what you see there. Can you listen to real music. Your eyes only see what you see. Your ears hear only what you can hear. What is communicated by words and music. What do words and music tell. Why do we try to tell something. Because we can't become human being unless we can tell something. Can something be communicated as it is. Has anything ever been transmitted as it expected. Even if you try to convey, it will not be transmitted. You can't tell anymore so you are no longer human. There is no example that humans have become human. It only excretes words and music. It is a fucking creature.

Ultramerda is not a man and not a woman.

Ultramerda is all that the human is afraid of.

Plastika is a politically incorrect, vulgar and lousy album. A noise obsessed with rhythm until it becomes danceable. The songs, which make up the album, disturb and accompany the listener towards the most squalid level of the being human. Prolonged listening causes vomiting and violent reactions. This album should not be heard by anyone.